Hey ya’ll. So I have decided to do two awards that I wasn’t exactly nominated for but am doing anyways. So Diamond recently posted A Collection of Awards on her blog, and she didn’t nominate specific people, just people who fit into a category. It just so happens that I fit into two of the categories, and thought that it would be fun to do the awards.

The first award is the Mystery Blogger Award. I have only done one award in my blogging life, so I really wanted to do more. You can view that one award Here.

Diamond tagged anyone who has read more than 4 books this year and I definitely have. Therefore I will do the award.

#1 What are the first five songs that come up on your playlist on shuffle?

So of course the first question is a question that I can not answer. I do not have a phone (yes I know, it sounds so strange). Therefore I do not have a playlist. My guess is that it would probably be songs from the Broadway Frozen Jr, as I am in that musical right now.

#2 What was the movie you watched last?

Um, I watched part of My Fair Lady, well actually most of it. But it was a rented movie and it was scratched up pretty bad and it kept skipping. And then our DVD player broke…while we were trying to watch the rest of My Fair Lady.

The Movie I watched before that was Frozen. (yup, it was. My sister got it for a belated Christmas present, and I had not seen it since a long time ago.)

#3 If you could buy anything right now (regardless of the price) what would it be?

I honestly don’t know. I think I have pretty much everything that I want. I guess I would say either new ice skates or a violin (and lessons to play since i don’t know how).

#4 What is your favorite book?

HOW DARE YOU ASK ME THAT QUESTION!!!!!

Okay, I do not have a single favorite book. One book that I do really love is Kisses from Katie. I totally recommend that you read it. 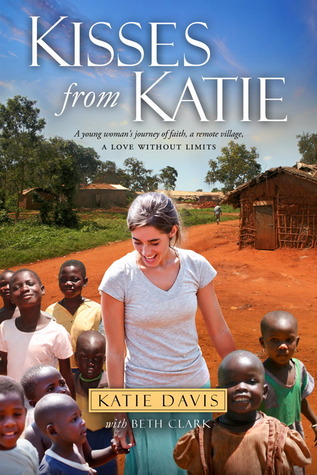 #5 How do you plan out blog posts?

I don’t have a set way that I plan out posts. Most of the time i get a good idea and think about it for awhile (a couple of hours, days or even weeks). Then oftentimes I will write the post…sometimes I forget though.

How I Came to Christ I like this post a lot. It was one of my first on this blog.

The Rip It or Ship It Tag this was a really fun post to do. I might do it again sometime.

Truly Believing This one is also a good post.

Fear, You Can’t Stop Me. This is one of my latest posts and I really like it. I think that it is inspirational, especially in this time.

Anyone who likes music, musicals, or theatre.

I don’t have just one favorite song. I can’t put just one…

I like Resurrection Power by Chris Tomlin, and Greater and Grace Got You by Mercy Me, and What a Friend by Matt Maher

I know that there are a lot of songs out there are annoying to me, but one song I really dislike is Santa Baby I don’t care who is singing it, I just don’t like it.

#3 A Song that makes you Happy

Days of Elijah
Jesus Over Everything by Planetboom

#4 A Song that makes You Sad

Okay, this is really weird, but the song that comes to my mind is Puff the Magic Dragon by Peter, Paul and Mary. For some reason it makes me sad…(and I do not believe it is about drugs like some people. I believe it is about the struggles of growing up)

#5 A song that makes you guilty

I don’t have one.

#6 A Song that reminds you of someone

Burning Ring of Fire by Johnny Cash reminds me of one of my friends. In a good way, it is just a song she likes…

#7 A Song that Reminds you of Somewhere

#8 A song that reminds you of a certain event

Grace Got You by Mercy Me reminds me of the Talent show at CYIA (Christian Youth In Action) when two of the boys did an awesome job singing it.

#9 A Song that You know all the words to

#10 A Song that you could dance to

Friend Like me (from Aladdin Jr.) the choreography our director gave this song is pretty fun. I like dancing to it. I can dance to a lot of songs, but I usually don’t.

#11 A Song that Makes you fall asleep

I don’t usually fall asleep to music, but if I did it would probably be a nice classical song…slow and steady…

#14 A song that no one would expect you to love

Wow, this is hard. I guess there aren’t many people who don’t know me well. I guess I’d say Down for You by George Moss. It is a song that I really like, but some people wouldn’t expect me to like it.

#15 A Song that describes you

I have no idea.

#16 A song you used to love but now hate

I don’t think I have one…I used to like a bunch of different songs, but I don’t hate them now…I Just don’t like them as much.

#17 A song you hear often on the radio

Every Beat by North Point Inside out

#18 A song you wish they played on the radio

I wish that they would play a variety of songs on the radio station we listen to. There isn’t any specific song I can think of, but I just wish for more variety of songs.

#19 A song form your favorite album

Um, I don’t have a favorite album…I guess I’ll say Music of the Night -Phantom of the Opera

#20 A song you listen to when your happy

I listen to most music no matter what mood I am in, but I guess I’ll say soundtracks from plays/movies

#21 A song you listen to when your sad

Well, what I said above. Also Beautiful Dawn by The Wallin’ Jennys

#22 A song you listen to when your mad

#23 A song you want to play at you wedding

Um, I haven’t though too much about this…

I guess to be funny I’ll say Love is an open door (from frozen) even though Hans is a phony.

#24 a song you want to play at your funeral

Blessed be Your name by Beth and Matt Redmann

#25 A song that makes you laugh

Oooh! Good one. I don’t know though, probably I love my lips -Larry the cucumber (veggietales silly songs)

Actually make that most any veggietales silly song.

On guitar I can play Build my Life by Housefires

On Piano I can play Amazing Grace

#27 A song that you wish you could play

Rodrigo y Gabriela it doesn’t actually have any words in it….but it is preformed by two Mexicans

#29 A song from your childhood

The Curious George soundtrack. I still like it today, 🙂

#30 Your favorite song last year at this time

I’m not sure. It was probably Reckless Love or Resurrection Power.

Well guys, that concludes this tag! I nominate any one who listens to Broadway show tunes!

Have fun with the tags!

Hi there! I'm a horse lover, book lover, author, artist, American Girl Doll fan, and a blogger! I love Jesus and I serve Him! I like music, books, writing, art, blogging, reading the Bible, and hanging out with my friends! Leave A comment on my blog, and I'll try to respond ASAP! Thanks for reading! View all posts by horsehappy14

A Peek Into the Past